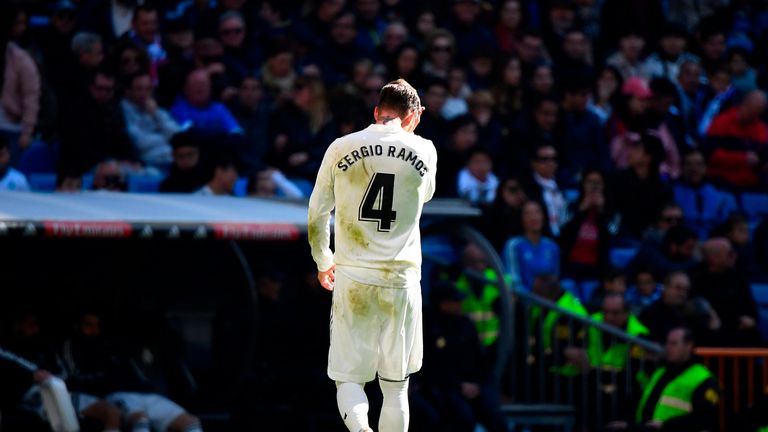 Sergio Ramos set an unwanted record on Sunday as he was shown another red card.

The defender received the 25th red card of his career in Real Madrid’s shock 2-1 home defeat to Girona for two bookings, the first for handball and the second for appearing to catch Pedro Alcala in the face as he was attempting an overhead kick.

Ramos already held the record for the most red cards in La Liga history, but he is now the most sent-off player in the history of Europe’s top five leagues.