ARSENAL fell to a terrible defeat in Belarus against minnows BATE Borisov.

The visiting Gunners were awful, lacking creativity and barely having any chances as they suffered a 1-0 defeat. 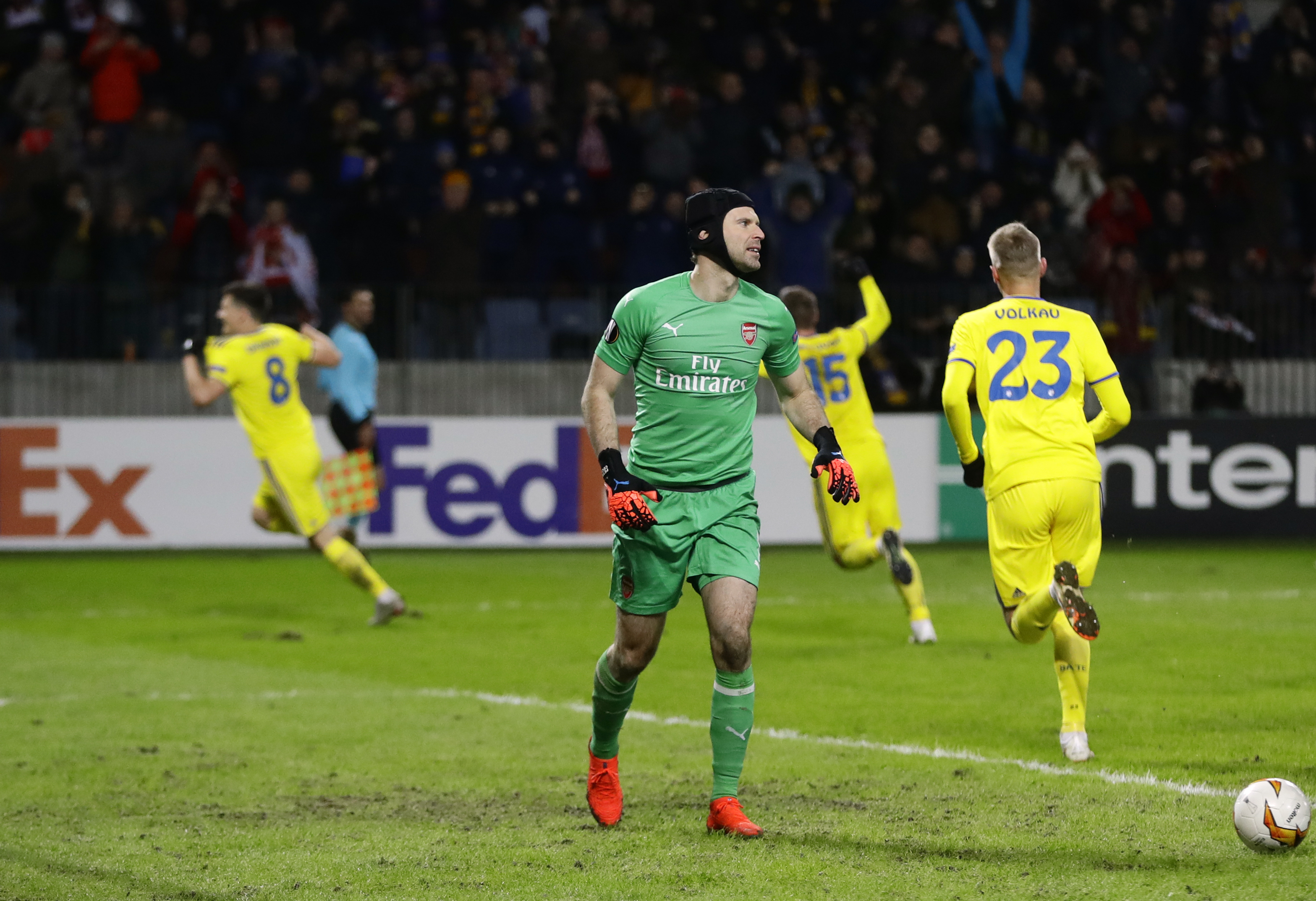 The shocking state of the pitch certainly didn't help, but Unai Emery's men were woeful.

Stanislav Dragun scored the only goal of the game, heading home a first-half free-kick, but it could have been so much different had Henrikh Mkhitaryan turned in an early cross when one-on-one.

Things went from bad to worse for Arsenal when Alexandre Lacazette was sent off for a nasty elbow.

We rate the Arsenal players who lost to BATE – and it doesn't make for pretty reading.