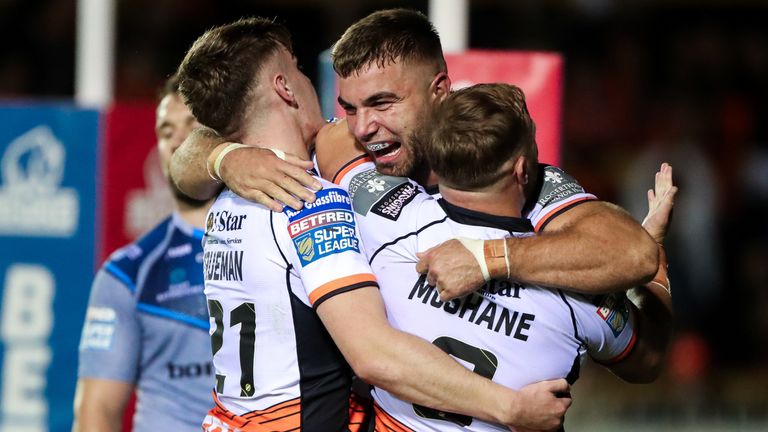 Castleford will be without forwards Mike McMeeken and Matt Cook for Thursday’s Betfred Super League round two game at Hull, live on Sky Sports Arena.

England second rower McMeeken is a victim of the seven-day rule after suffering a concussion in the first minute of the Tigers opening 20-4 win over Catalans Dragons last Friday, while Cook also took a knock in that game.

Forward Mitch Clark and utility back Ben Roberts, who were left out of coach Daryl Powell’s initial 19-man squad last Friday, are set to plug the gaps, although youngsters Tuoyo Egodo and Jacques O’Neill have also been called up.