VAR was back to its confusing best once again in the FA Cup as Manchester United took on Reading – but finally got it right.

It took more than two minutes of consultation between Stuart Attwell and his video assistants to decide what to do at Old Trafford. 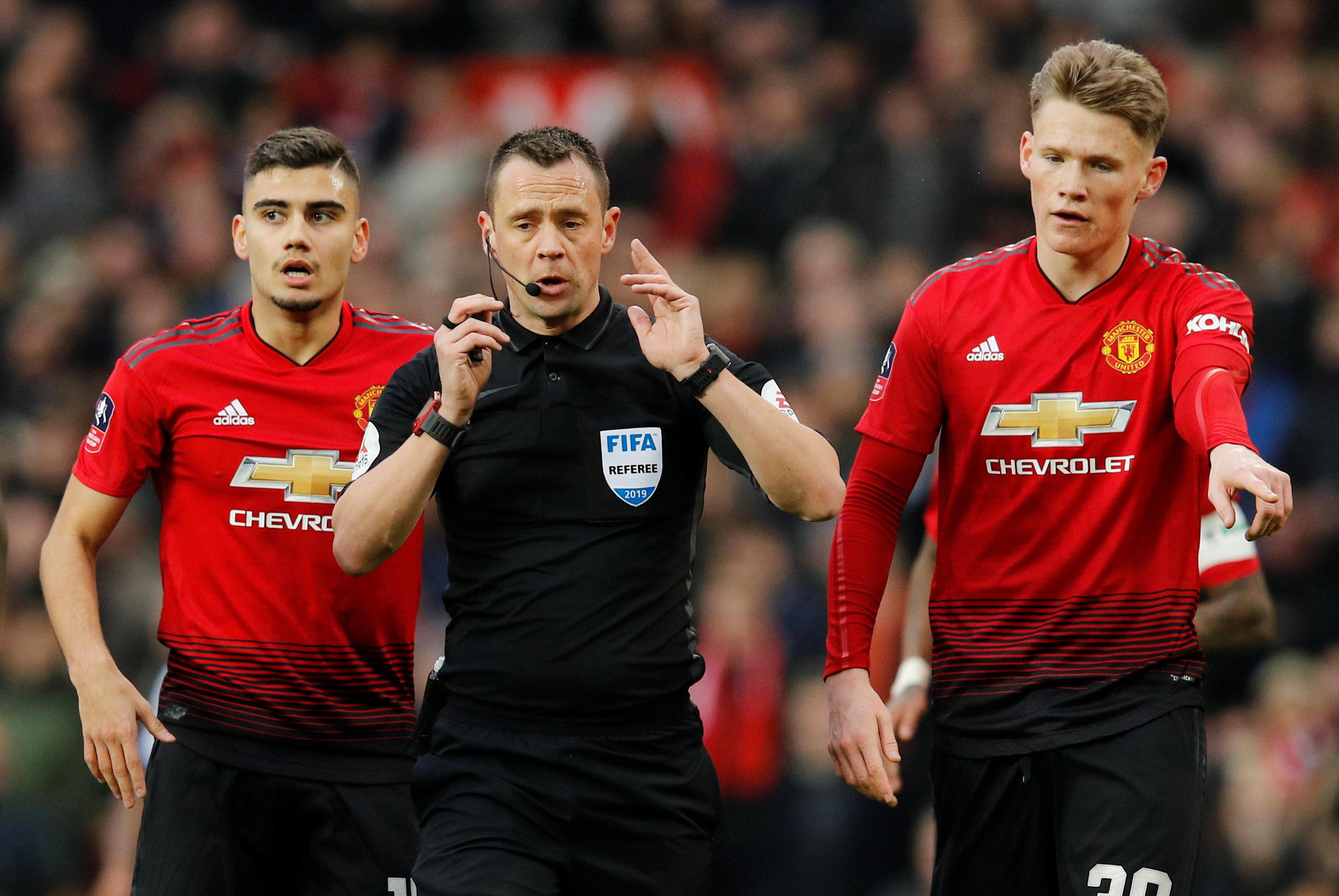 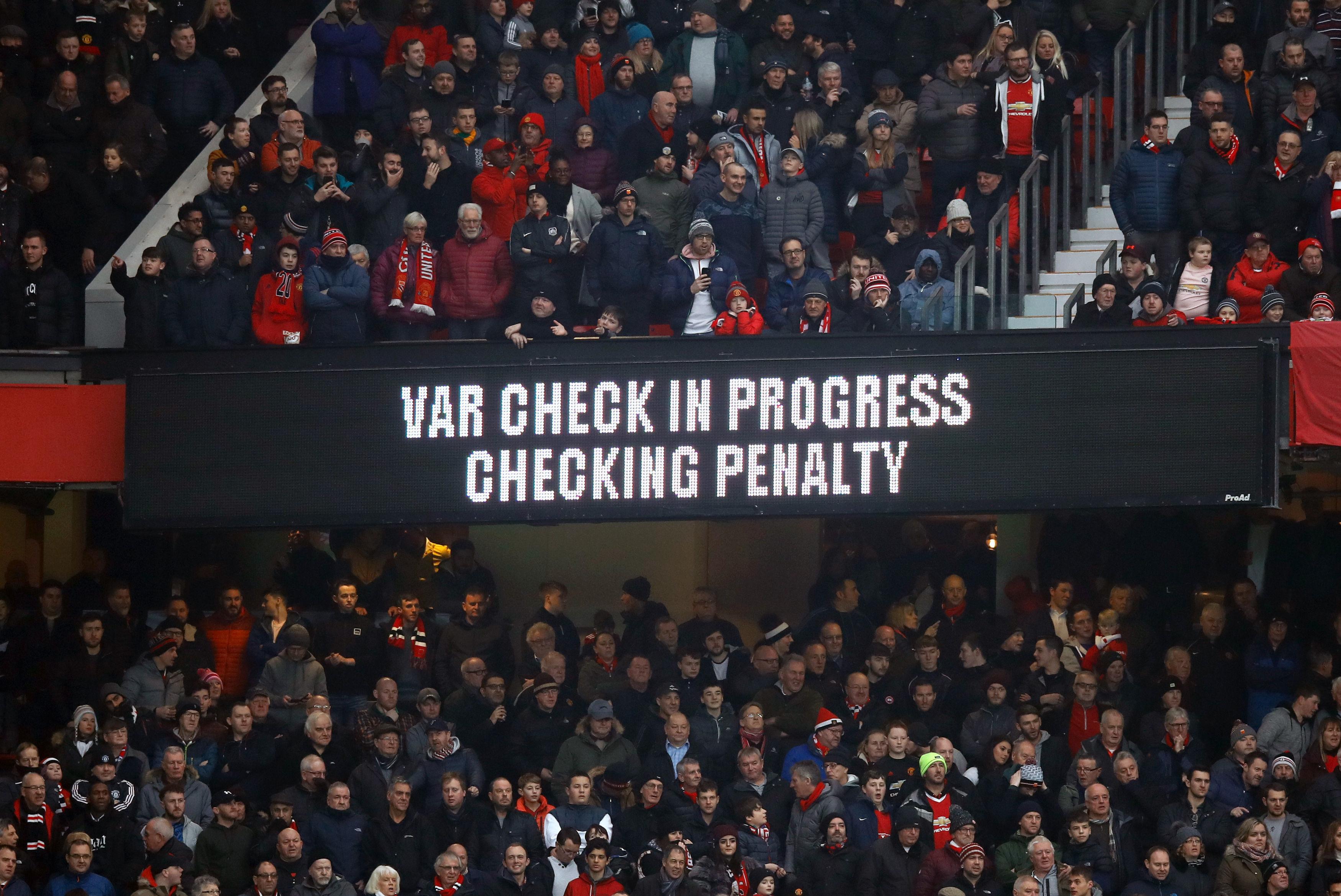 PA:Press Association5 There was major confusion as Fred's goal was ruled out for offside but Juan Mata was fouled in the build-up

United thought they had taken the lead when Alexis Sanchez, Fred and Juan Mata combined for the Brazilian midfielder to slot home from Mata's through ball.

Fred, though, was flagged offside as the celebrations were cut short while Mata was fouled as he passed the ball.

Finally, he blew his whistle and pointed to the spot, appearing to get the decision right in the end. 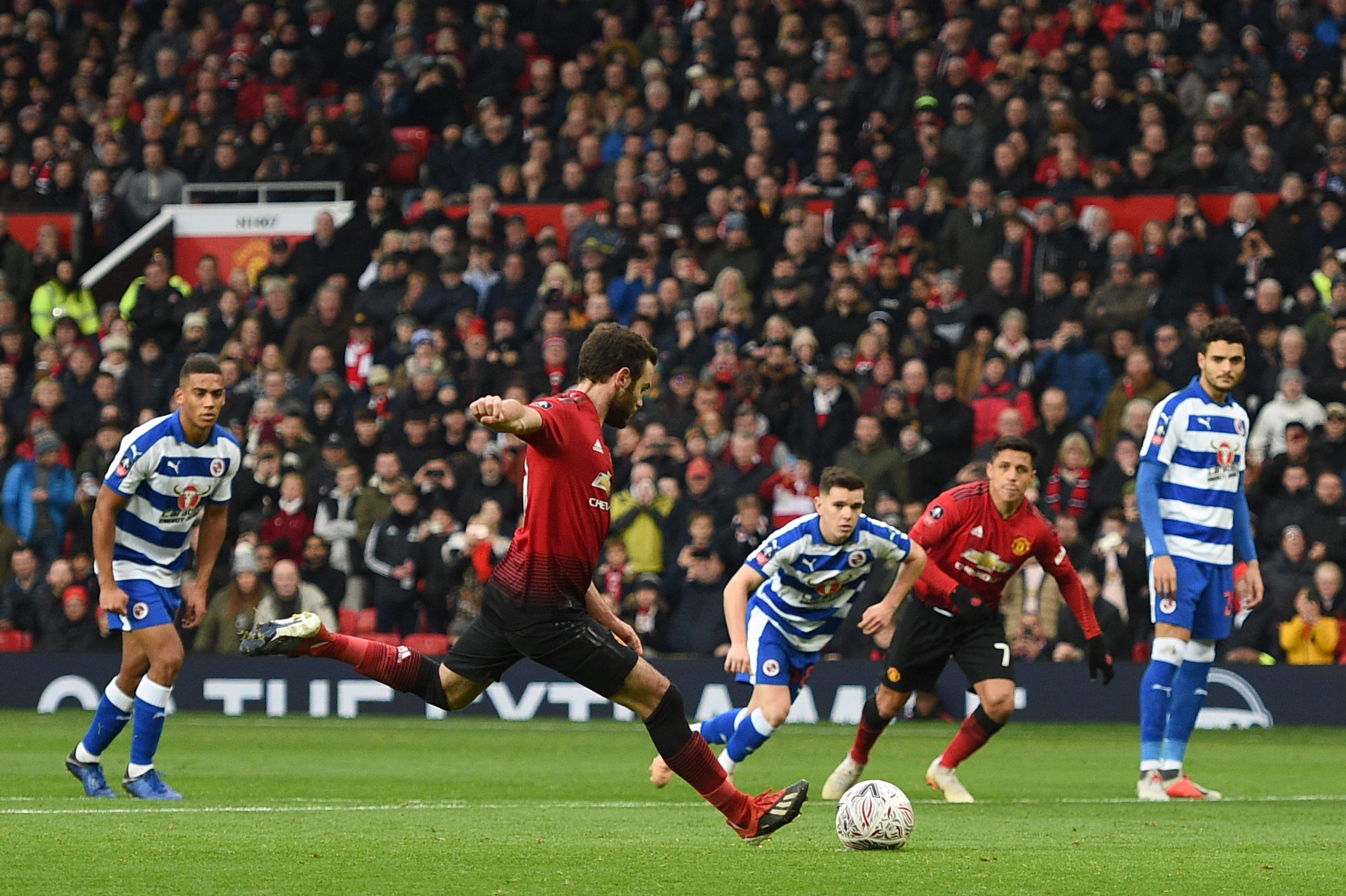 AFP or licensors5 Mata fired his neat finish right into the bottom corner giving Anssi Jaakkola no chance
Latest Manchester United newsquar blimey Does the FA Cup 3rd round go to replays or extra time if scores are level? New star Who is Tahith Chong? Manchester United teenager who is shock name on teamsheet Live BlogFA CUP LIVE Utd two up vs Reading amid VAR controversy as Brighton and Hammer lead FREE FA CUP FOOTY How to watch and live stream Man Utd vs Reading for nothing 'Lidl Jose' Man United fans think they've spotted Jose Mourinho back at Old Trafford Live BlogFA CUP LIVE Man Utd vs Reading LIVE SCORE: Latest updates and commentary PREVIEW Is Man Utd vs Reading on TV and can I live stream it?

Mata then stuck away his penalty into the bottom corner with no problem, turning his assist into his first FA Cup goal since 2016.

But there was plenty of confusion from fans and pundits alike, while the time it took to get the decision was not ideal.

England Women's manager Phil Neville said: "I think there was a foul on Juan Mata before Fred was caught offside there. The question is whether Mata had lost control of the ball before he was fouled.

"The use of VAR was questionable there – it has got to be quicker. But in defence of Jon Moss – the fourth official – there were a lot of mitigating factors there." 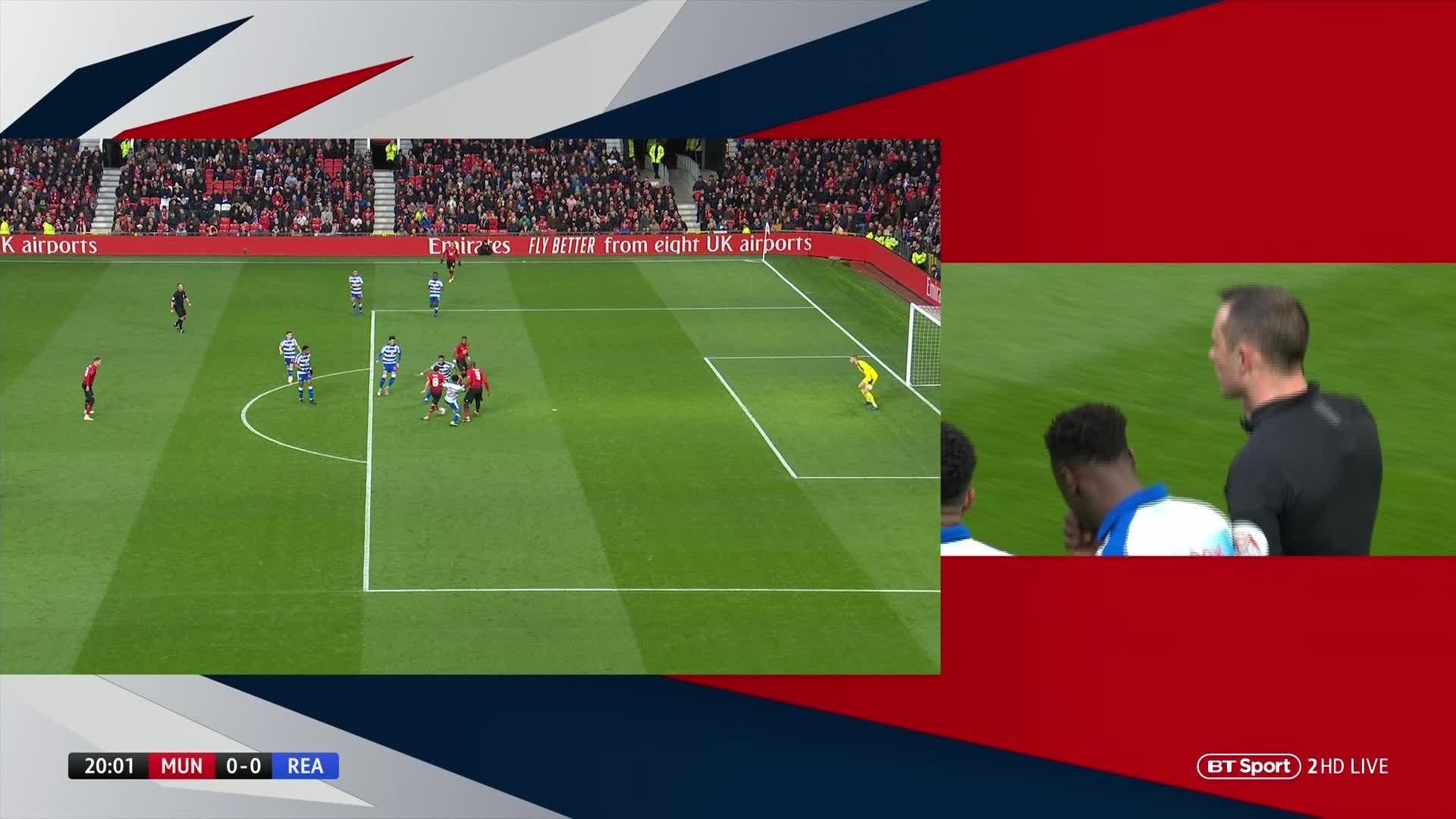 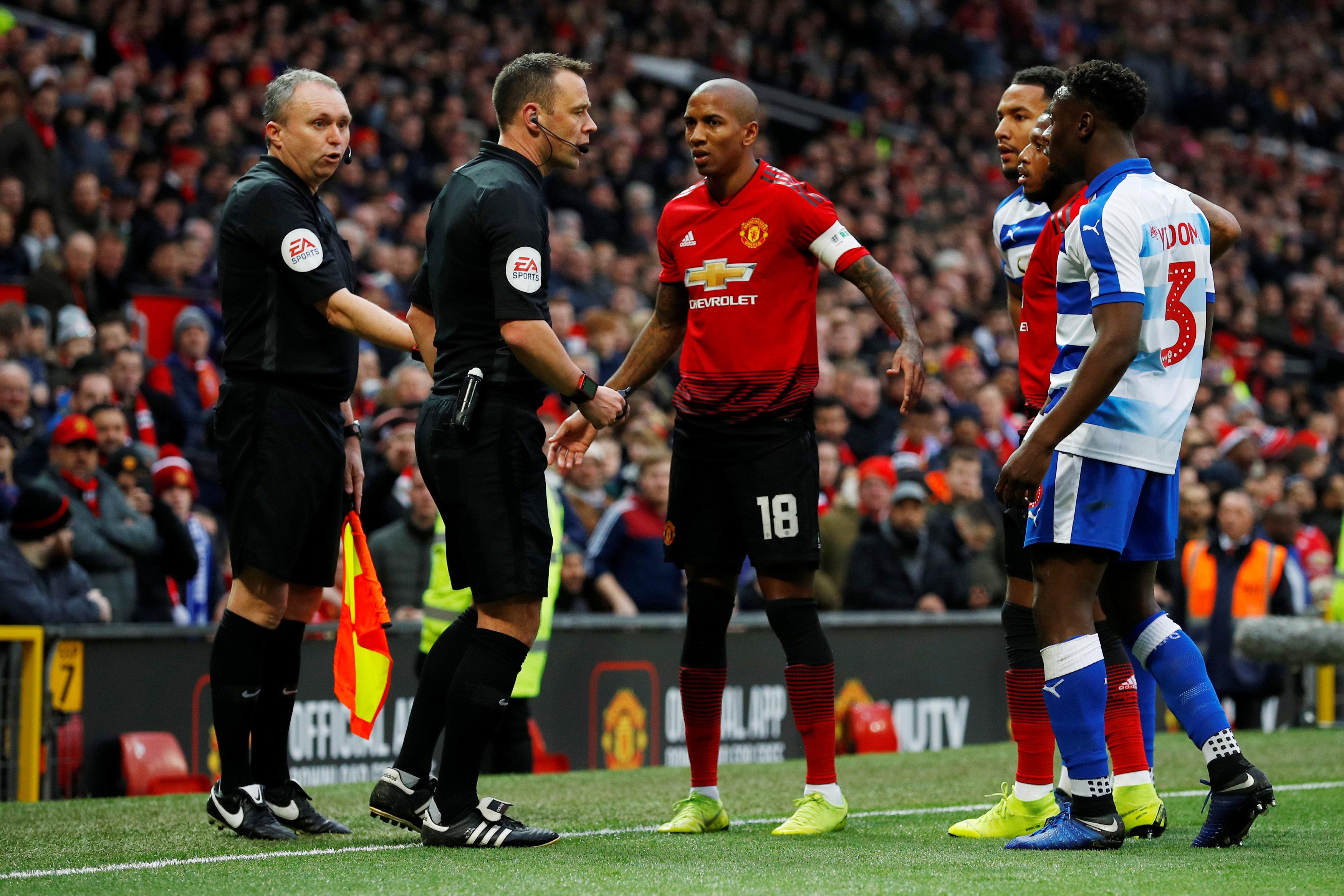 Refs are still clueless about VAR, should’ve not set up the penalty until he heard if it was offside or not 🤷‍♀️ #twitterclarets

#readingfc VAR will be the death of football.
For something that was introduced to sort out a couple of problems a week is now something where you can’t celebrate a goal, decent tackle , penalty decision etc until you’ve had a five minute wait. Well boring. @willow1871

I thought one of the plus points of VAR was it supposedly stopped players trying to influence ref. Doesn't appear to have changed anything-players from both sides continued to hound Stuart Attwell. Admittedly took too long but let officials do their job with VAR! #bbcfacup

VAR is too slow. I don’t like it. #FACupThirdRound