TYSON FURY fears a face-off at today's weigh-in could end up with his showdown with Deontay Wilder being cancelled.

The bad-tempered build-up almost spilled over at Wednesday's press conference as the Gypsy King, 30, squared up to his opponent. 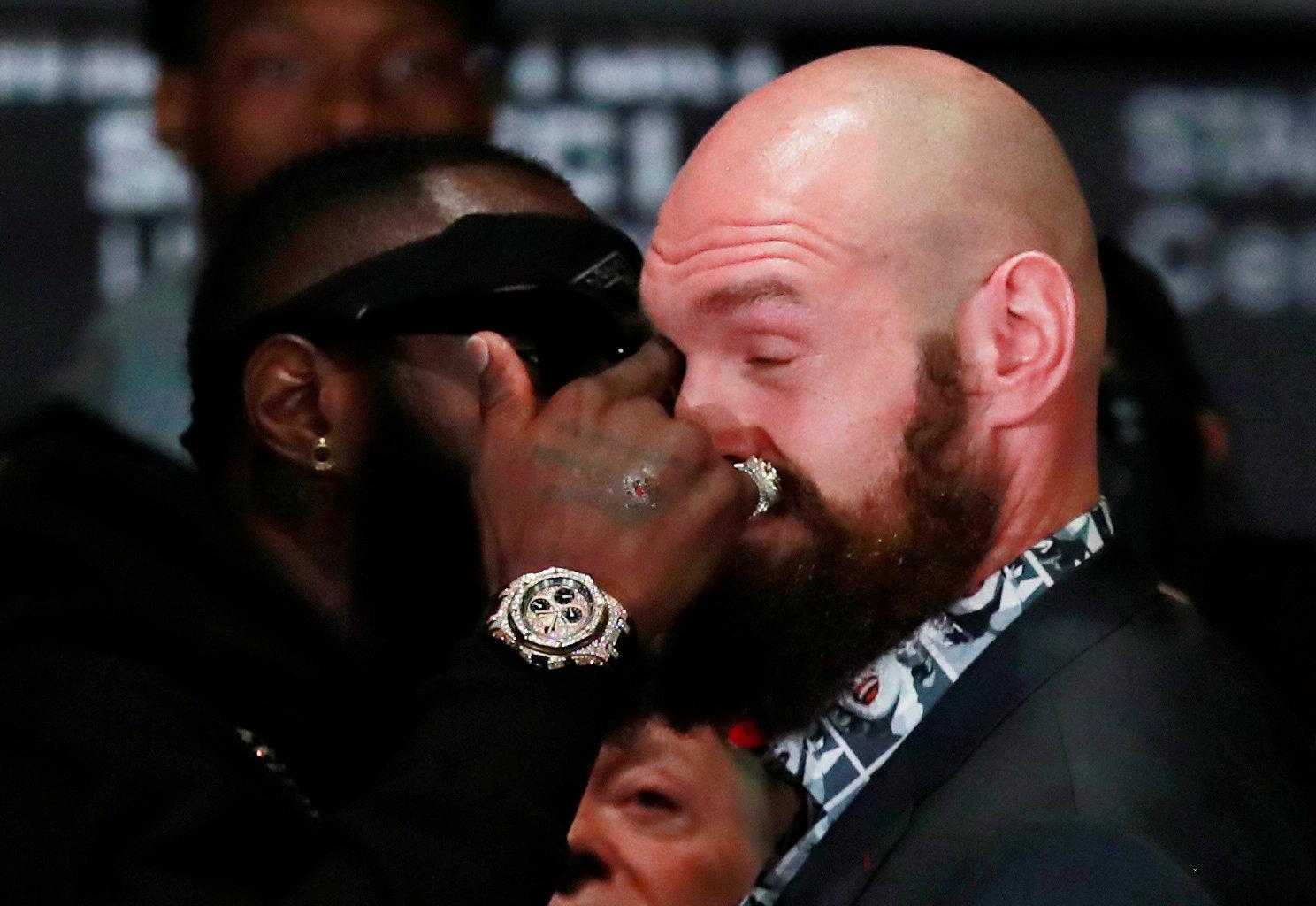 Reuters4 Deontay Wilder and Tyson Fury squared up on Wednesday

WBC champ Wilder, 33, taunted Fury and the Brit insists retaliation is on his mind ahead of their LA bout on Saturday.

Asked if there should be a face-off, he said: “No. Because if it comes to fisty cuffs – let's have it.

“To be honest, we should’ve been allowed to get that close in the beginning, I wasn’t really there to cause a fight at a weigh in or a press conference I was enjoying it but he was obviously was taking it too serious.

“We won’t wait till Saturday night if he wants to get in my face like that. If I’m provoked, then I have to retaliate, if someone hits me it’s the worse thing anyone can do. 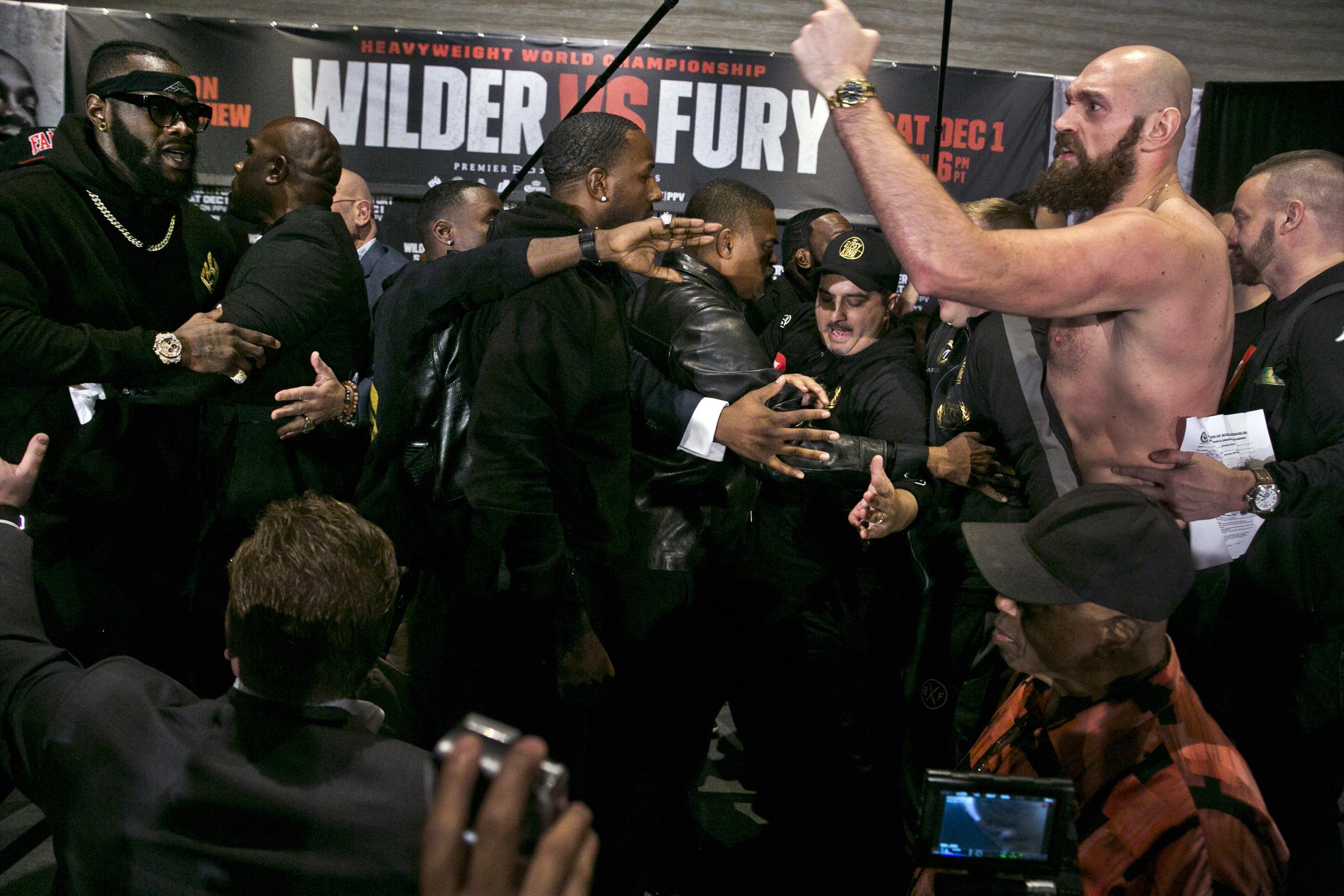 AP:Associated Press4 Tyson Fury fears the fight will be called off if he faces off with Deontay Wilder again 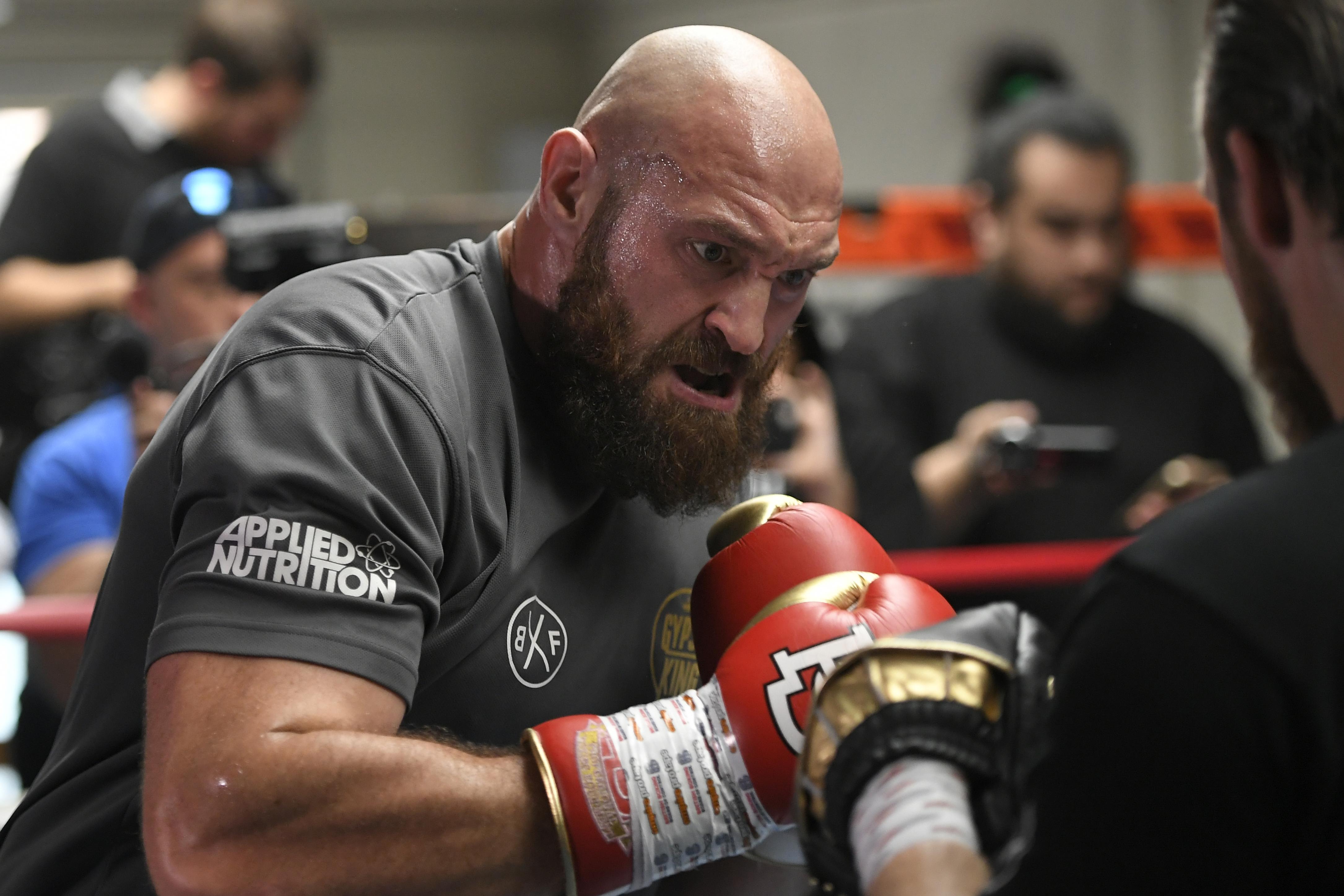