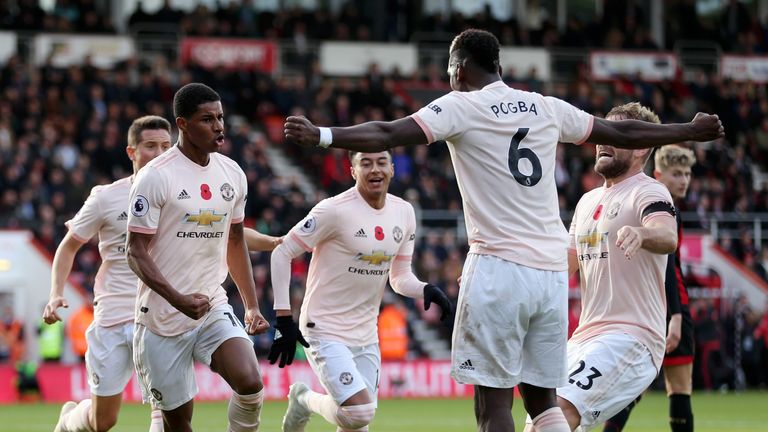 Rashford and Lingard have netted three and two goals respectively for England this season, having been part of the Three Lions’ run to the semi-finals of the summer’s World Cup – a tournament Pogba won with France.

That was after a 2017/18 season in which the trio helped United finish second in the Premier League.